Missing data are often used for:

This feature will appear in VisIt 2.5.

The missing data value has various names depending on the I/O library that was used. The NETCDF convention for missing data seems to bleed into some other libraries such as HDF4/5 and so we will examine the convention here. For more information, see NETCDF attribute conventions. To paraphrase, there are a few different attributes present on a variable that can be used to represent missing data.

Missing data are removed from plots

VisIt usually will try to remove cells or nodes that have missing data values so they are not shown. Note that for plots such as the Mesh plot, there are no variables so the full mesh is returned for the plot. The cells removed for missing data depend on the variable being plotted since each variable will have different missing data criteria. 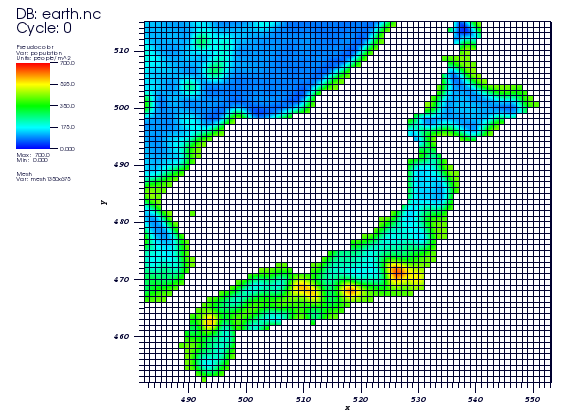 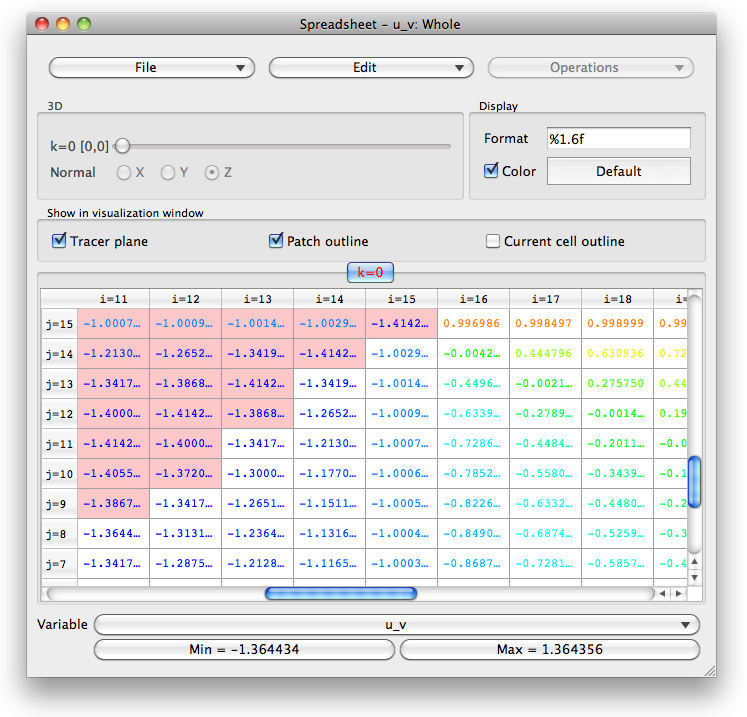 When VisIt detects that variables that are inputs into an expression use missing data values, it creates a mask for the mesh, taking into account the missing data values for each variable. The final values that are plotted only show the cells where the data were valid for all of the input variables. In this example, var1 has values that are valid on land and var2 has values that are valid on the sea surface. There is a little overlap between valid cells in the land/sea boundary so var1+var2 is defined only on the land/sea boundary where both input variables have valid values.