VisIt is comprised of a set of separate component programs that communicate over sockets. Since each of these components must communicate, a common protocol is needed to simplify the passage of messages over the socket. VisIt uses state objects, which are essentially C++ structs that contain fields needed to set plot, operator, or other attributes. State objects are sent over the socket in between VisIt components and on either side, appropriate action is taken when they are received. Each state object knows how to serialize itself onto VisIt's sockets and can be reconstituted on the other side of the communication once the entire state object has been read from the socket. 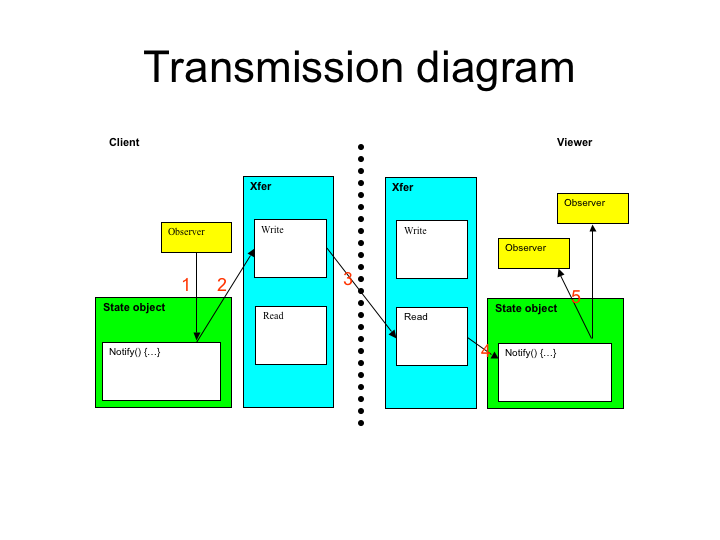 All of the state objects in VisIt are code-generated using VisIt's XML tools such as xml2atts. Each state object has a corresponding XML file that contains a description of its member fields and their types. The XML file is used for a variety of purposes, including code generation of the C++, Java, and Python implementations of the state object. So, in order to edit a state object, you must edit the XML file and then regenerate the code from the modified XML file.

State objects can be modified by hand but VisIt provides a tool called xmledit that simplifies the creation and editing of state objects. You can use xmledit to add new fields to state objects and then save out the modified XML file. From there, you would regenerate the code using xml2atts, xml2python, and xml2java.

Steps in regenerating a state object:

Adding a new state object to the GUI/viewer

The last step is to add the include file for your new state object inside ViewerState.C.